Not many people can claim that they do not undergo stress at any point of the time in their life. Even housewives encounter stressful moments doing chore or taking care of the little ones in her own surroundings. To some, facing stress may be a daily routine. There may be good type of stress, but most of the time, it may start off as harmless but develop into harmful stress if not controlled or eliminated. 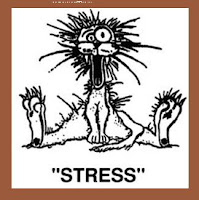 Oxidative stress refers to the situations in which the body’s antioxidant and other defensive abilities to combat free radicals (a.k.a highly reactive species of oxygen and nitrogen) are overwhelmed and one’s normal healthy balance is either lost or severely compromised. It is caused by the unchecked activities of reactive oxygen species (ROS) and reactive nitrogen species (RNS). Both ROS and RNS are highly reactive, unstable molecules that, in healthy cells, are created and neutralized as part of normal cell life. 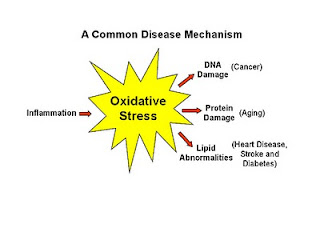 However, if the production of free radicals and ROS/RNS exceeds the body's natural defense mechanisms, oxidative damage to vital molecules in the body can occur and may lead to cell dysfunction and cell death.  Oxidative stress is also caused by inflammation, exposure to cigarette smoke, pollution, UV light, radiation, certain drugs and other conditions, and increases as we age.

One company from the United States, OXIS International, Inc. is doing research, development and sale of products that counteract the harmful effects of “oxidative stress.” Advancing Oxidative Stress Technology Oxis International, Inc. is the premiere provider for the potent antioxidant, Ergothioneine and through their patented synthetic manufacturing process remains the only significant commercial source of pure l-ergothioneine worldwide. 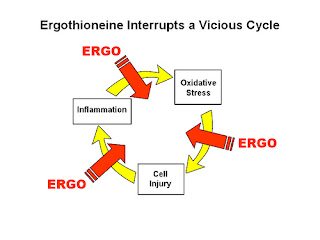 Meanwhile, OXIS focusses on naturally occurring protective substances since they are more likely to be both safe and efficacious. The primary products incorporate and emphasize the multifaceted “super antioxidant” compound, L-­Ergothioneine (“ERGO”), as a key component. They own three (3) patent and two (2) patent pending applications related to ERGO that address ERGO’s protective effects and activities, and the ERGO manufacturing process.

Scientific papers published that ERGO is one of the most potent, multifaceted biological compounds with both appreciable antioxidant, anti-inflammatory, neuroprotective and other protective properties. ERGO acts by itself, or in combination with other natural compounds to improve the body’s own intrinsic defenses against oxidative stress, and addresses very important health concerns including aging and age-related disorders that are increasing with trends such as;


The potential benefits of ERGO are revealed in their website: http://www.oxis.com. 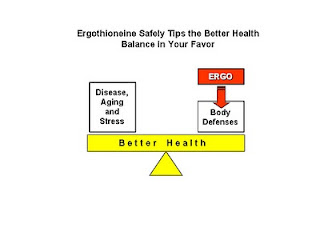 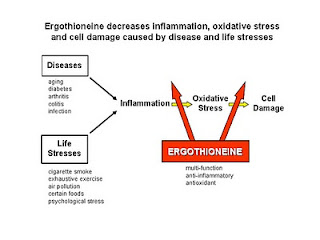 Oxis also has several therapeutic compounds that are available to be licensed including anti-inflammatory and several therapeutic antioxidant mimics with potential applications in the treatment of neurodegenerative (Alzheimer’s and Parkinson’s), cardiovascular diseases, diabetes and other conditions.

1) BXT-51072 is a low molecular weight, orally active, organoselenium catalytic mimic of one of the major cellular protective antioxidant enzyme, glutathione peroxidase (GPx) which uses glutathione as substrate. It regulates secondary inflammatory processes by preventing the activation and release of inflammatory mediators such as cytokines, adhesion molecules and inflammatory enzymes.

2) OXIS' LSA Molecules are designed to mimic the activity of the body's natural cell membrane-protecting antioxidant, Vitamin E. The primary disease targets for this series of molecules will include neurodegenerative diseases such as Alzheimer and Parkinson disease and cardiovascular diseases.

3) Superoxide Dismutase (SOD) catalyzes the destruction of the “Superoxide” molecule. This enzyme has been used in the treatment of Chronic Inflammatory Joint Diseases and in the prevention of Radiation Fibrosis and scarring in patients with Colorectal Carcinoma undergoing radiation treatment.

4) Palosein (Orgotein) is an OXIS FDA approved drug for the treatment of arthritic inflammation in veterinary use called Palosein (NAD/NADA # 045-863), and it is a form of Superoxide Dismutase (SOD) that is derived from bovine liver.

OXIS is moving towards stronger growth with their planned launches for two (2) products in summer 2010:

With such great product and healthy stock price movement, this is definitely not a penny stock company. Instead, it is a visionary company with great potential to strive far in the nutraceutical, cosmeceutical and therapeutics industries. 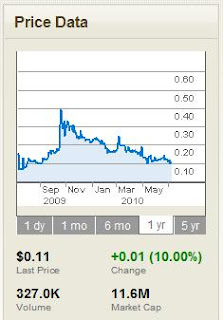 Get more info on OXIS and Oxidative Stress, or follow them from the below links:
http://www.oxis.com
Oxis on Twitter
Oxis on facebook
Talks on: Earn, Review

I newbie to the discussion.I would like to share about the protandim that available in affordable price at Myprotandimsupply.com.More information :Buy Protandim 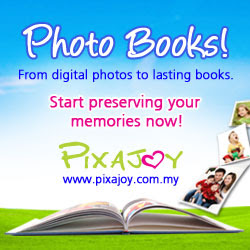