Putrajaya Owns The Largest Roundabout In The World

Not many people realize this when they are driving around Putrajaya, especially near the Prime Minister's office. Try to clear your mind and observe while you are driving, and you will soon realize that you are indeed driving along the potentially largest roundabout in the world. Malaysia Boleh!!
The main reason people don't take note is because they tend to think it is just a hill. The circumferential length of this roundabout is approximately 3.4km, and the road that circumvent it is Persiaran Sultan Salahuddin Abdul Aziz Shah. You can see it when you checked on the Google Earth, and the pictures below gives you a pseudo-helicopter view of the Putrajaya roundabout and its surrounding.
> West View 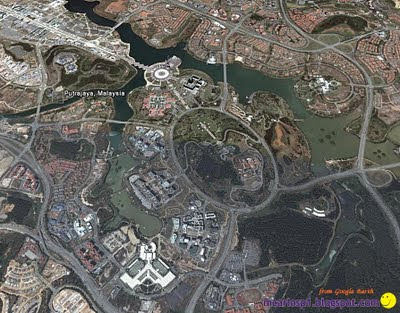 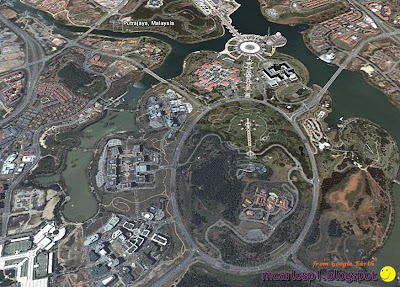 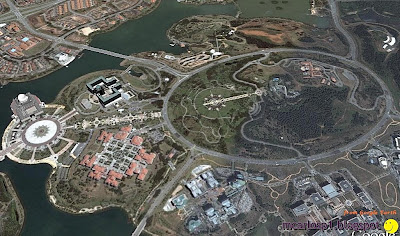 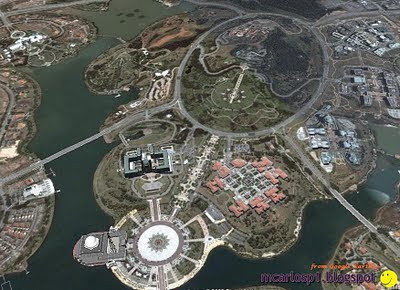 Don't be surprised at all that you can discover some things when you drive up to the peak of the roundabout. With its humogous land size, it easily houses the (1) Istana Melawati, (2) Putra Perdana Landmark and (3) Putrajaya Shangri-La Hotel with lots of green space to spare. 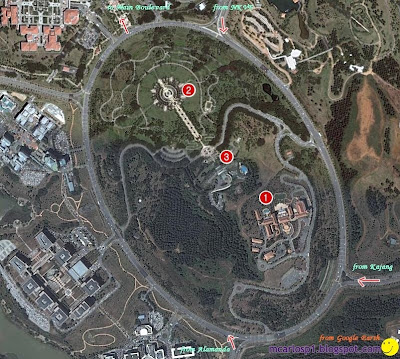 (1) Istana Melawati is the royal retreat for the Yang Dipertuan Agong, and it majestically and strategically sits on top of the hill overlooking the Main Boulevard. 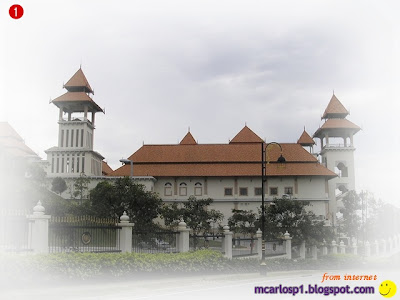 (2) The Putra Perdana landmark, known in Bahasa Malaysia as Mercu Tanda is built to commemorate the birth of Putrajaya and it stores the time capsule that was implanted by the then Prime Minister, Tun Dr Mahathir. 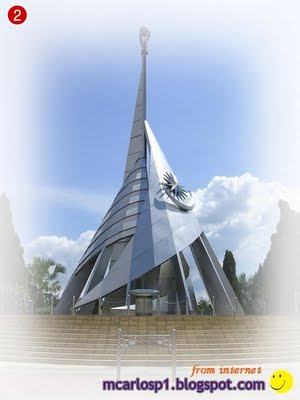 (3) Putrajaya Shangri-La Hotel is one of the "luckiest" and most strategic 5-star hotel to be built; on top of the hill and right next to the Istana. 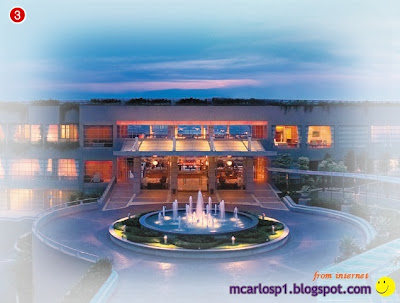 It is nice to definitely find a website where the blogger really knows what he is talking about. Thanks for the update.

this is not true.. The largest roundabout is the savannah in Trinidad, West indies. its 3.5km.

Queen's Park Savannar is not round at all, and it consists of multiple streets joint together to form a circular road.. it is NOT a roundabout..

Hi there, thanks for your comments. Please read my latest post on this. http://mcarlosp1.blogspot.com/2013/02/largest-roundabout-longest-name.html

The world's largest roundabout is the Queen's Park Savannah in Trinidad. A roundabout, despite its name, has nothing to do with being circular shaped but deals with traffic moving in one direction around a central mass of land.

how can u claim that Trinidad is a roundabout? Thats not even ROUND! LOL

If ur definition of roundabout is ( deals with traffic moving in one direction around a central mass of land.)

than we have tons of roundabout that is way bigger than Trinidad...

agree with wee tommy.... trinidad is not round at all....

Those who claimed savannah cannot accept the fact of Malaysia have the largest roundabout. LOL

Surely the presence of traffic lights on Persiaran Sultan Salahuddin Abdul Aziz Shah excludes it from taking the title of 'the world's largest roundabout', as the whole concept of a 'roundabout' is to allow the continual flow of traffic in areas with low traffic congestion.

I would also exclude Queen's Park Savannah from taking the title, as it appears to be a one-way street and not a roundabout. Surely there are larger one-way streets in the world that take a roughly circular path? Not that any of this makes sense, as the definition is not clearly defined. In my opinion, a roundabout should be both round and free of traffic lights.

Roundabout-A road junction at which traffic moves in one direction round a central island to reach one of the roads converging on it:
'turn right at the next roundabout'

>not even round at all

yeah Queens Savannah is the largest "roundabout" in the world. Take it my friend, it's the only thing that your country can be proud of

If you're speaking of Trinidad, they have many more things to be proud of than Malaysia. The only thing that people know about Malaysia is all their disappearing flights.