Make a Memory with Your Inner Child's Imagination

I like to travel, and I was fortunate to be able to save enough to see the world, slowly. To me, traveling means learning, and I believe in continuous learning. So far, I only got to explore in some countries in the European region, namely Spain, Sweden, France and Italy, but I do hope to go to more places, especially the States. I was captivated by the architecture and landscape in those countries, and capturing them in picture was the usual stuff any traveler will do. 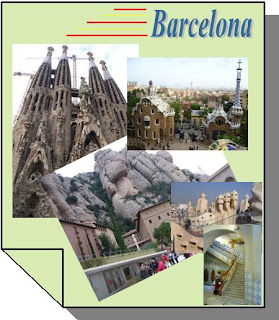 Eight years back when I first made my solo backpacking trip to Spain, I brought a Samsung camera with dozens of film. At that time, photos need to be developed before we get to see the pictures. Therefore, I ended up with hundreds of photos after the trip, and they were stashed clumsily in my cupboard. Then, while I was surfing on the internet recently, I saw some people creatively use scrap book theme in their blog. It struck me with an idea to utilize this concept to create my first solo trip scrap book. 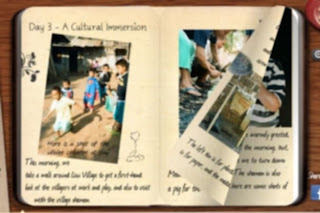 I am new to scrap book making, and I found that the Memory Book Page Protectors offered by C-Line Products is very suitable for this purpose. Pictures layout can be done independently, and slot them nicely in the Memory Book. I think having the Memory Book Flip Page Page Protectors would also be a good idea because it has an additional panel at the side of the page for me to put extra notes and captions. What's more, I can have it thick or thin because it has Universal Hole Punch and Extended Binding Edge that allows me to add or remove pages easily. 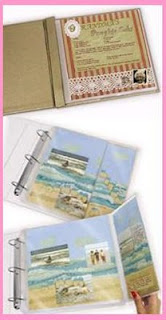 As a person who's slightly inclined to designing, I would have plenty of room to play with the photos and designs that I can best put down. Not only photos, I also have bus and metro ticket, post cards and commemorative stickers from museum and art houses. 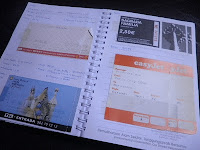 My girl commented that my Memory Book is boring because it was written using blue or black ball point pen. Things will be better with colors, artwork and graphic decorations added in. I reckon that the Sanford PrismaColor Double Ended Markers and Crayola Heads 'N' Tails Markers would work wonders with their different variance of colors. She will be glad to lend Daddy a hand in decorating the Memory Book. 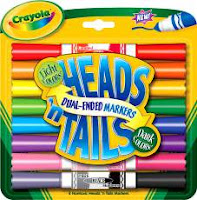 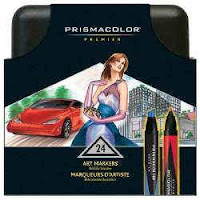 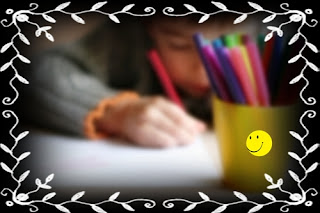 I found this to be a disturbing news. It is the same Malay-UMNO-Perkasa thing, which some people like to say about everyday. 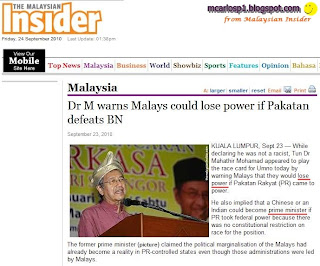 I think many of his people will blindly believe what he says because right after he said it, some one will quickly reaffirm. Then the cycle will continue, and as more and more people reaffirm it, it will become a believe. Then, the fear sets in, and no other people can talk about it other than them.

Since this Uncle M thought his words are so influential, why not talk about the present reality? He can put his speech to good use and really save the Malays by warning them about their unhealthy lifestyle such as:
1) teh tarik without kurang manis
2) daily nasi lemak with sirap or teh
3) keropok lekor, pisang goreng and cucur udang in every tea break
4) taking the easy route in work (sub-sub-sub...)

Shouldn't they fear more of their health than their power? One is a reality (sure to die), and the other an imaginary (losing power)...
Talks on: 1Joke, Comments

I think this is a funny news. After the few racist principals created so much hoo-haa recently, and as everyone is waiting to hear what kind of punishment waiting for them, our DPM said today that exercising punishment on those principals is beyond the scope of work of his Education ministry. He claimed that the principals are in higher grade, and therefore, they can only be punished by the Public Service Department. 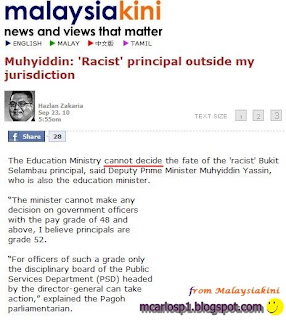 What I think is unreasonable is that it took him so long to tell the people that he has no power to execute as the Education Minister. Another thing is that, he did not say anything about the issue in his position as the DPM. I doubt that the Minister who controls the Public Service Department who has the ultimate power in the Ministry will say or do anything about this.

This reminded me of another "similar" case recently that happened to 988 DJ. Since the DJ did something that the big big boss did not agree to, he was fired within a month of the "offence". Even the CEO was booted out. 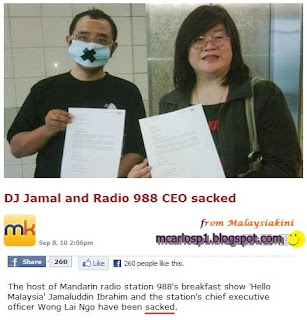 No wonder Malaysia is still mundur. Notice the difference between the speed of work done by someone in the private and public sector?
Talks on: 1Joke, Comments

If you have read the book "Secret", you would know that one of the secrets taught is about the power of visualizing on what you want to achieve. I can't recall how exactly they worded them, but in simple terms, just write or put in front of you what you dream of achieving, and face and think about it everyday. Eventually, the dream will become a reality.

Frankly, I do believe it but I haven't have chance to prove it. I entered the Digi Hari-Hari BlackBerry Mari contest yesterday, 14 September and this should be the best time for me to prove it. I will put the Digi BlackBerry contest ads on my blog and make sure I look at it everyday until they announce the result. 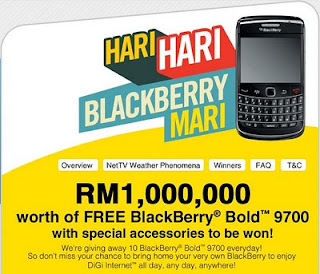 Give me around 10~15 days to return with the good news. I am visualizing myself as one of the 10 lucky winners to own the BlackBerry Bold 9700. 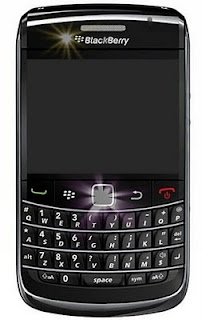 Talks on: Contest, Self

Just hope that he can do better than the previous few bosses. It is important for him to make sure Villa keeps up the momentum from the start till end, and not starting with a bang and ending with a dang. By putting Villa in the top 4 position will be a good start for him and a big achievement for Villa players.

What I Found In Sarikei But Not In PJ & KL


I am back in Sarikei, Sarawak for a short vacation for the 6th time. This 5th largest town in Sarawak is roughly the size of PJ Old Town plus New Town. The people over here seldom walk from their home to the town, but instead move around often in their car. Kopitiam can be found in every road, and sometimes there are several on the same road.

I found many interesting stuff in this town, and some of the different ones from what we have in PJ and KL are shared below.

> Landmark of the town
Sarikei is famous for pineapple, and they have 2 pineapple landmarks in the town. The main one is located at the jetty and it is next to the Clock tower. It recently underwent a cosmetic facelift, and many locals complained about the color. It looks more like a ripe pineapple now, and this means the "ong lai" feng shui is no longer so ong. 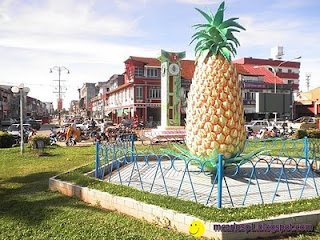 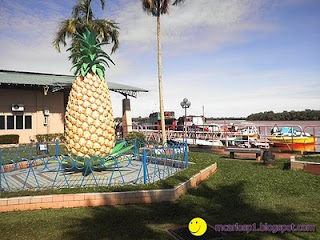 PJ is supposed to be Bandaraya Inai Merah, but there isn't any landmark to reflect it. Meanwhile, KL's "famous icon" only appears whenever it banjir (kuala lumpur).

> Cheap pau
I was surprised that I can find cheap but delicious pau here. The Sarikei pau looks the same as those found in smaller towns around Malaysia like the Tanjung Malim pau. It is definitely different from those I bought in PJ. Our PJ pau resembles the Hong Kong type. The best part is the price, where I bought 8 pau for only RM4. You can compare the size of the "Char siew" pau with my Blackberry. 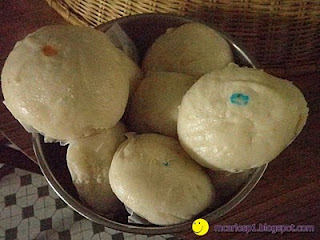 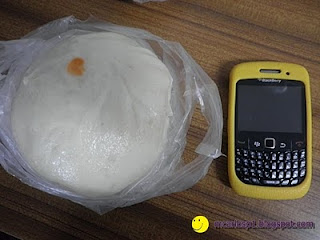 > Clean river
Sarikei has 3 main rivers surrounding it; Sungai Rajang, Sungai Sarikei and Sungai Nyelong. I can say that I am impressed with the cleanliness of the rivers. Not only the river, even the town itself is much cleaner than PJ. At least their rivers look and function like a river. Sungai Penchala, which is near my house used to be a river filled with rubbish. After cosmetic restructuring, it became a longkang with rubbish. 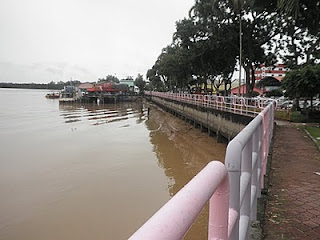 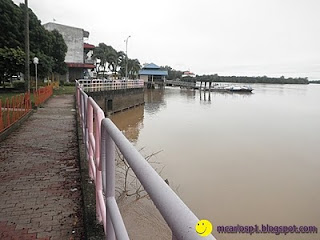 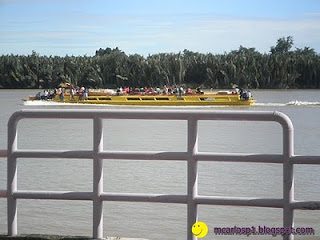 > Turn left sign
This is an example of a simple thing being intelligently used. I think this kind of sign can be found easily in many towns in Sarawak. But this thing is non-existing in PJ and the supposedly intelligent MSC city KL and Putrajaya. That is why we lost a lot of useful time waiting unnecessarily at the traffic light, and also resulting in long queue during peak times. 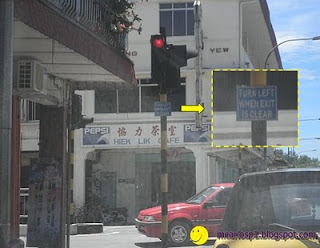 > Wedding wishes ads
The locals like to place their wedding well wishes in the newspaper. There is no way someone can hide his marriage from his neighbours or the kaypoh uncles and aunties. I'm not sure if it's popular in Sabah also, but so far I only hear about this from Sarawak people. I also have mine appearing a few years back. But to me and my friends in the Peninsular, it is a surprise because what we usually have in the classified section is the "different" kind. 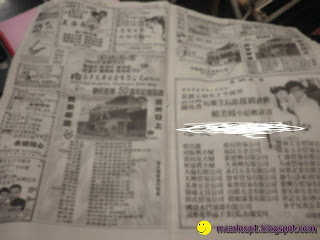 > License plated bicycle
This is no longer enforced, but you can still find old bikes with a license plate on the front. Don't laugh, but they did pay for the plate last time. 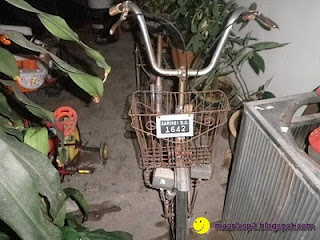 > 1Malaysia kopitiam lifestyle
This will NEVER EVER happen in Klang Valley. All I can say is come to Sarawak, go into a kopitiam and observe.
Talks on: Local travel

Songs I Listen To

One of my favorite artists is The Beatles, and I would carry my iPod loaded with Beatles songs whenever I go was doing my revision or traveling. This will be my entertainment while I am lying on the beach enjoying the sea breeze. They brought back some old memories when I was struggling as a University undergraduate. My favorite songs are I’ll Follow The Sun, Love Me Do, Ob-La-Di Ob-La-Da, Yellow Submarine, I Want To Hold Your Hand, Let It Be, Eight Days A Week and She Loves You.
The songs are simply, true to life and comes with catchy lyrics. I would love to make some of those music on my own, and I found that I could do so with the Forte Music Notation Software. 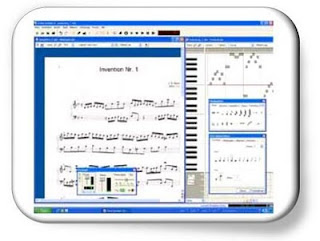 Talks on: Music, Self